Our Thoughts, our Emotions are creative in the material world, for the best, but also for the worst, and can cause stress and illnesses.

With a relationship based on listening, caring, respect and benevolence, we identify the root causes of your physiological or psychological issues and through energetic and psycho-energetic work, you will find serenity, balance, joy and peace, in you and with others. « When cancer was announced, it was out of the question for me to treat only with allopathic medicine. I then set up an accompaniment in alternative medicine. Allopathic treatments are heavy and are not without consequences on our healthy cells, our whole organism with side effects.

Simon Venezia, bioenergetician has done a lot of research work, with a lot of patience, a lot of benevolence... He is one of my pillars in this obstacle course of hours and weeks of working together, sharing, discussions... Sometimes crying too.

I thank life for having put him on my path. I am convinced that he is for a lot in this remission. »

« Hello Simon,
thank you very much for all the work you have done. My back pain has improved a lot. Thank you for your assessment and your analyzes which help me enormously. I often reread your energetic assessment document. Also, I was very surprised by all this information about my past as I came for my back problems. It is surprising and incredible! While you had no information about my life, my family, and my relationship issues. All this information about my painful past that I had buried. When you gave me details of past events, it relieved me, I felt a change that I cannot explain. But one thing is certain is that today, I feel much better. Thank you, thanks to your care and your work advice that you asked me to do to resolve my hyper emotivity, my relationship problems and my blockages, I manage to put things into perspective, I have more self-confidence and above all I regain a taste for life. I am glad to have met you. See you soon. »

« With the idea of ​​always trying to find new ways to get to know myself better and understand myself better, I was immediately interested in Simon's practice when I was told about it.
During my first session Simon took all the measurements of the aura through a specific device which he then presented to me using a very complete file.
Using diagrams he showed me my current overall situation with my specific blocking points related to the chakras. So I could already see visually the work I had to do to realign my chakras. ...
Finally, a synthesis included advice and work on the emotional and physical levels.
Simon used part of the session to rebalance the energy of my Aura. I could feel the movements around me, hot and cold currents flowing as Simon worked. It was quite impressive. ...
Thank you very much Simon for your kindness, your welcome and your professional and efficient work. »

Chemotherapy, heavy treatments against diabetes, kidney failure, hypertension can have a huge impact on your life, your general condition and your morale. A psycho-energetic accompaniment allows you to maintain or regain your physical and emotional balance, your dynamism and to less "suffer" the disease to regain confidence in the future.

The work begins with the exploration and discovery of the events that may have triggered certain emotional and then energetic disorders and which led to a state of ill-being or physiological dysfunction. Then an energy re-balancing is carried out in order to restore confidence and well-being.

Permanent Fatigue, Lack of Energy, Pathologies of Stress, Burn Out, Depressions, Physical or Emotional Traumas, Post-Operative Sequels, Generalized Pain, Behavioral Disorders, many of these disorders can also be addressed by psycho-energetics. We cannot change the past, but the awareness and understanding of past traumas will allow the work of energy release and the resolution of the present problem. For a better future. 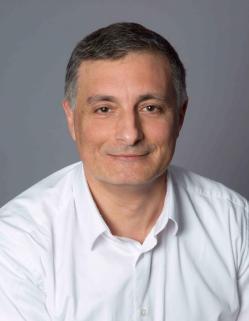 An "involuntary" healer when I started around twenty years ago, I gradually devoted myself to energy healing and the exploration of the invisible.

Trained in geobiology and bioenergy, mainly with Stéphane Cardinaux (Switzerland), to structure my practice, I also researched other techniques and knowledge in different countries (Russia, United States, South Africa, England).

These techniques make it possible to treat suffering and ill-being in its actuality but also in prevention. Indeed, several months or even several years before the onset of symptoms, circulation and energy balance are disturbed. By working on energy corrections in anticipation and by raising awareness of the person, it is possible to avoid future suffering and physiological dysfunctions.

Our thoughts and their influence on the structure of water in our body: 22 01 2023

Everything is vibration, and the cells of our body are sensitive to these vibrations... Masaru EMOTO and other scientists have demonstrated the influence of vibrations (music, thoughts, words, etc.) on the crystallization of water. Seeing the singular and unique beauty of the crystals formed by frozen water when subjected to positive and harmonious sounds, words or thoughts, and if these have such a structuring effect on a few drops of water, the human body being more than 70% water, I quickly concluded that they will have as much on our whole body. So our well-being and by retroactive effect, on our own thoughts in the long term... I then looked for the mantras or the words/thoughts which during the experiments of Mr. EMOTO generated the most harmonious forms or the most beautiful. There were many, but he himself said that the most beautiful crystals were created with the words "Love and Gratitude".

So, after having tried on myself, since few months, to patients who mentalize a lot and whose health is impacted by a twisted context, a complicated life, or think they are at an impasse, I ask them to repeat mentally as often as possible this mantra: "Love and Gratitude".

The effect is almost immediate. They quickly feel a subtle change in the body, then their perception of the world changes and they seem to live a different life. I have been able to observe the progression of this change on the morale and positivity of ALL the patients who have applied this "technique". 100% success. And this even during the phases of resolution of heavy pathologies. 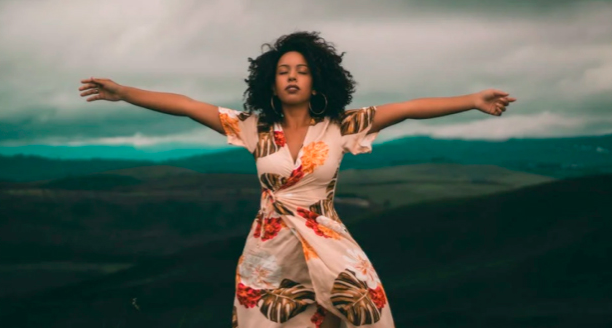 Induce small moments of happiness to live the present moment

It is good practice to be in the present moment, "the here and now". And doing it during the good times in life is so much easier. So seek, repeat and cultivate those moments which will allow you to achieve peace more often without having to fight with your mind. You will thus attract more and more pleasant and positive situations. The doctrines that instill in us that we learn through times of suffering lead us to learn only one thing: to suffer ... So provoke and cultivate these moments of happiness!

The information provided here is for informational purposes only, and does not replace a medical consultation. Any current treatment must be continued, in accordance with the prescriptions of the medical profession.